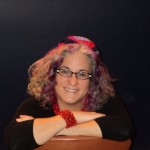 Rabbi Debra Kolodny (Rabbah D’vorah) joined Nehirim as Executive Director in March of 2013. She brings over thirty years of leadership in LGBTQ organizations, including five as National Coordinator for BiNet USA and six facilitating NGLTF’s National Religious Leadership Roundtable. She is currently geminating a video-pod cast called “As the Spirit Moves US”, featuring spiritual pundits exploring personal and political issues of our day. She published Blessed Bi Spirit: Bisexual People of Faith in 2000 as well as dozens of articles on religion and sexuality. She has taught in hundreds of venues on the topic of Judaism, sexual orientation and gender identity. Active in interfaith social justice work she is a frequent speaker, ritualist, and teacher. Prior to joining Nehirim Rabbah D’vorah served as the rabbi for P’nai Or of Portland and the Executive Director of ALEPH: Alliance for Jewish Renewal. She practices taiji meditates and is passionate about ecstatic dance.