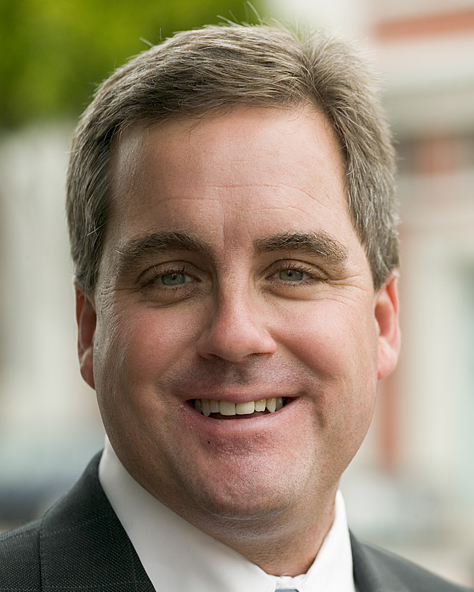 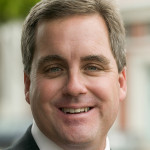 As City Attorney of San Francisco, Dennis Herrera leads what American Lawyer magazine described in 2004 as “one of the most aggressive and talented city law departments in the nation.” The first Latino ever to serve as San Francisco’s City Attorney, Herrera was elected in 2001 on a pledge to defend the integrity of public institutions, to expand neighborhood protection efforts, and to enhance local government’s accountability to its residents and taxpayers. But it has been several of his bolder, affirmative litigation efforts for which Herrera and his office have earned a national reputation.

Herrera filed the first ever government lawsuit to challenge the constitutionality of state marriage laws that discriminate against gay and lesbian couples. Over the course of four years of litigation, his leadership proved instrumental in eventually uniting twenty-one California cities and counties—including 7 of the state’s 8 largest cities — to stand in support of marriage equality for samesex partners. The California Supreme Court’s landmark ruling in 2008 cemented the case’s status as the most successful challenge to discriminatory marriage laws in American history—not simply toppling a legal exclusion that discriminated against millions of gays and lesbians in the nation’s most populous state, but also establishing sexual orientation as a suspect class under the California Constitution’s equal protection clause, and promising to buttress legal protections for the LGBT community from discrimination in many forms.

Herrera’s office also intervened alongside Planned Parenthood as the nation’s only municipality to seek to strike down the Bush Administration’s federal abortion ban. His public integrity investigation and lawsuit on behalf of the San Francisco Unified School District blew the whistle on a nationwide scam to defraud the federal E-Rate program, which helps America’s poorest  school districts bridge the digital divide. His consumer protect litigation against credit card “arbitration mills” like the National Arbitration Forum, which earned national attention on the CBS Evening News and in a BusinessWeek  cover story, is helping to achieve long-overdue reforms.

Consistently named among California’s top 100 most influential attorneys by the Daily Journal statewide legal newspaper, Herrera has also been honored as a “Champion of Choice” by the National Abortion Rights Action League; as recipient of the Judge Learned Hand Human Relations Award by the American Jewish Committee; and as the Hispanic National Bar Association’s Attorney of the Year in 2004. A year ago, Herrera’s office was recognized with the American Bar Association’s lifetime achievement award for outstanding excellence in the area of state and local government law.

Born November 6, 1962 in Bay Shore, New York, Herrera grew up in the nearby Long Island community of Glen Cove. He obtained his bachelor’s degree at Villanova University in Pennsylvania, and went on to earn his juris doctor from the George Washington University School of Law in Washington, D.C. He was admitted to the California Bar in 1989.

With the inauguration of President Bill Clinton in January 1993, Herrera was appointed to the U.S. Maritime Administration in Washington, D.C., where he served under Transportation Secretary Federico Peña. Returning to San Francisco to practice maritime law, he was appointed to the City’s Transportation Commission by then-Mayor Willie Brown, who later named him to the San Francisco Police Commission, where Herrera would go on to serve as Police Commission President.

Dennis Herrera and his wife, Anne, live in San Francisco’s historic neighborhood of Dogpatch, with their six-year-old son, Declan.