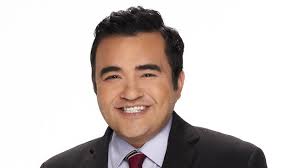 Mekahlo Medina is the Emmy Award-winning technology and social media reporter for NBC4 Southern California. Joining the station in 2006, Medina can be seen weekdays on the NBC4 News at Noon as well as the 5 p.m. and 6 p.m. newscasts. His most recent stories can be viewed here.  Follow him on Facebookhere.

Medina is one of the station’s most prolific social networkers. He’s also highly engaged with viewers on Google+, Pinterest, Instagram and Path, a mobile social network. He uses his news stories across multiple social media platforms in both the digital sphere and on television. He is also known for leveraging the ‘second screen’ experience by encouraging the station’s viewers to engage on Twitter and Facebook.

Medina joined NBC4 as an anchor and manager of “News Raw,” a news show that aired on the station’s digital channel, which focused on hyper local news coverage, culture, technology and social media. Coincidentally, Facebook and Twitter were taking off around the same time and Medina used these social media outlets to offer content that he reported on NBC4.

Prior to joining NBC4, Medina was a general assignment reporter for KSTP-TV in Minneapolis, KPNX-TV in Phoenix, and NBC television affiliates, KOB-TV in Albuquerque, and KTSM in El Paso.