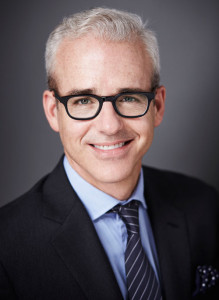 Editor in Chief of People and Editorial Director of the Time Inc. Celebrity, Style and Entertainment Group

Jess Cagle is the Editor in Chief of People and Editorial Director of the Time Inc. Celebrity, Style and Entertainment Group, overseeing editorial content on the brands’ print and digital platforms, which reach a combined audience of more than 100 million (source: MPA 360). Since he took on this role in 2014, both brands have seen dramatic audience growth and ventured into television development, new digital products, consumer events, and video production. In 2015, People and Entertainment Weekly joined forces to create the Entertainment News network, which is No. 1 in the entertainment news category, surpassing TMZ and E! Online (source: comScore Multiplatform Report).

Cagle’s day-to-day focus is People, which was ranked Hottest Celebrity/Entertainment Magazine for three consecutive years by Adweek’s Hot List, and remains the world’s most popular celebrity weekly. In 2015, the magazine’s newsstand market share increased to over 34 percent — People’s greatest share since 2003 and by far the largest in its category (source: MagNet). Since Feb. 2014, unique visitors to People.com are up 77 percent; video streams are up 554 percent, search referrals are up 69 percent, and social referrals are up 69 percent (source: Feb-14 vs. Jan-16 Omniture).

While Cagle has reinforced People’s position as the most trusted source for celebrity news and exclusives on all platforms, he has also increased the brand’s unparalleled coverage of human interest and service content, which encompasses style, beauty, food, home, pets, and more. Video initiatives include People Now, a daily live half-hour show sponsored by Toyota that produced 67 million streams in 2015 (source:Omniture); a two-hour live-stream pre-show from the 2016 Oscar red carpet; and The Jess Cagle Interview, a video series in which he takes an in-depth look at the lives and careers of Hollywood’s most creative minds and most fascinating stars, for both People and EW digital platforms. As Editorial Director, he has integrated People’s print and digital editorial operations to create the magazine industry’s most unique and formidable cross-platform news gathering operation.

From 2009-2014 Cagle served as Editor of Entertainment Weekly, where he increased EW’s audience and presence in Hollywood, transformed EW.com into a 24/7 breaking news site, and launched the Entertainment Weekly Radio channel on SiriusXM, where he continues to host The Jess Cagle Show and Town Hall interviews with major celebrities. Since 2009, Cagle has been a regular co-host on ABC’s Academy Awards red-carpet pre-show, and makes frequent appearances on Good Morning America, Today, and many other entertainment news programs.

Cagle joined Time Inc. in 1987 as a reporter for People. In 1990, he helped launch Entertainment Weekly, where he played a key role in defining the brand’s voice.  He covered the entertainment industry as a Senior Editor at Time from 2000 to 2002, and returned to People to oversee showbiz coverage from 2002 to 2009. In the course of his career, Cagle has interviewed every major celebrity, including Barack and Michelle Obama, and has secured numerous exclusives and interviews from the biggest names in Hollywood including Julia Roberts, George Clooney, Angelina Jolie, Elizabeth Taylor, and Tom Cruise.

Jess Cagle lives in New York City.  He was born in Texas and is a graduate of Baylor University.