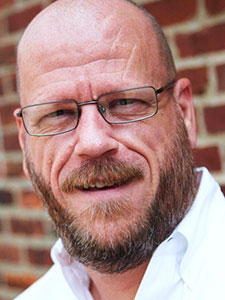 Jeff Truesdell is a staff writer for People magazine, for which he reported on the shootings at Pulse nightclub in Orlando — and on mass shootings at Virginia Tech; Umpqua Community College in Oregon; a county office in San Bernadino, California; a military base and recruiting center in Chattanooga, Tenn.; and too many others. He was a founding editor of Orlando Weekly, and currently is executive producing the documentary film For Ahkeem, which incorporates the shooting of Michael Brown in Ferguson, Missouri, near his St. Louis hometown.