With the 40th Anniversary of Stonewall coming up this weekend, it’s worth pointing out two good examples of the use of multimedia to tell the story of Stonewall and the LGBT civil rights movement. 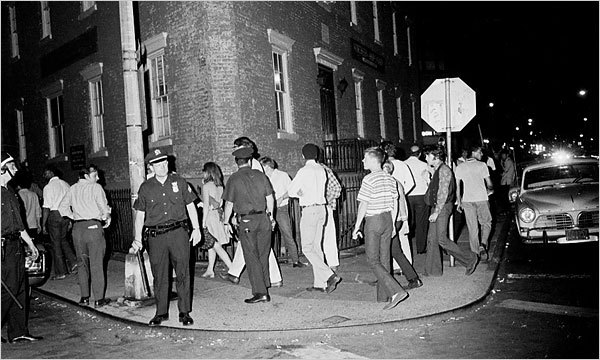 The first was coordinated by my former colleague (and current friend) Dave Singleton for AARP.  Using graphics, print, video and audio, AARP uses the anniversary to talk about the lives of LGBT people over people 50.  It includes interviews with Frank Kameny, Kate Clinton, Martin Navratilova, as well as stories of people who came out after they turned 50.  The package also includes a special section on Latinos involved in the LGBT civil rights struggle, with stories in both English and Spanish.

AARP is especially skilled at these kinds of multimedia stories. In April, AARP won the National Magazine Award for best interactive feature for its work covering the year 1968.

AARP’s work deserves attention for two other journalism reasons. First, it shows that some important and interesting journalism comes from what is known as the “trade and association press,” an overlooked area of the media which focuses on niche issues in a way that just can’t be done by the mainstream press.  Second, the Stonewall package shows how the LGBT story spans media and even ages and that smart journalists can tell that story to a variety of audiences.

For an example of how the traditional, mainstream media covers Stonewall, take a look at Newsweek’s From Stonewall to Mainstream. Combining archival information and new reporting, the magazine creates a timeline to tell the LGBT story since Stonewall.  The pictures and graphics are really terrific, and they have included work done outside Newsweek’s walls, including the recent story by Sewell Chan of the New York Times on previously unseen pictures of the Stonewall rebellion.