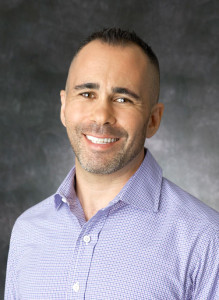 Editor in Chief of Entertainment Weekly

Henry Goldblatt is Editor in Chief of Entertainment Weekly, America’s leading consumer brand for entertainment and popular culture. Goldblatt was named Editor in 2015, and his appointment marks a return to EW after having worked there from 2002 until 2014 where most recently he served as the brand’s deputy managing editor and director of brand development. As Editor, Goldblatt is responsible for editorial oversight of EW’s print and digital content.

In 2014, Goldblatt left EW after being named Deputy Editor (Brand Director) of PEOPLE. While at PEOPLE, Goldblatt provided editorial oversight to all brand extensions, ran the magazine’s front-of-book sections, and managed staffing, budgets, and publishing/editorial collaborations.

A 20-year veteran of Time Inc., Henry Goldblatt began his career as a reporter at Fortune where he wrote about the media business and ran the magazine’s news coverage. In 2002 he moved to EW and was instrumental in integrating the brand’s print and digital editorial operations. He played a key role in launching EW’s Must List app, its tablet edition, and the EW Radio channel on SiriusXM. He also worked closely with the advertising and marketing teams to bring business and editorial priorities into alignment. Additionally, Goldblatt created and wrote EW’s popular and witty infographic, The Bullseye.

Goldblatt earned a B.A. from the University of Michigan and a Master’s degree in Journalism from Northwestern University. Goldblatt was named one of Columbia Journalism Review’s “Ten Young Editors to Watch” and won a New England Press Association award for articles on AIDS awareness.