In a story we will continue to update, Steve Rothaus of the Miami Herald is reporting that Perez was fired today from WPLG, the ABC Affiliate in Miami owned by Post-Newsweek. Rothaus is reporting that both Perez and his attorney are confirming the firing. 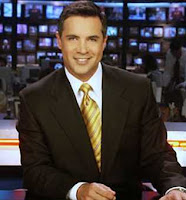 Perez filed a complaint with the Miami-Dade Commission on Human Rights July 29, accusing the station of discrimination based on sexual orientation and gender identity. Perez had asked to be returned to his spot as a weeknight anchor, or have the station buy out his contract, up in 2011.

The firing ends a months-long saga between Perez and the station and has meant significant media coverage for Perez, one of the few openly gay anchors of a local weeknight broadcast. In April, the Herald wrote a story detailing Perez’s relationship with his former partner that ended with a restraining order and Perez alleging his partner hacked into his e-mail and sent out a message that was damaging to Perez.

The article and the allegations contained in the article were used as the basis for the station to begin raising concerns about Perez’s on-air and public perception, according to the discrimination complaint.

In a statement today to the Herald, WPLG Vice President and General Manager Dave Boylan said “WPLG is disappointed that the actions of Charles Perez left us no real choice other than to terminate his employment contract. WPLG emphatically denies Perez’s claim of discrimination. The document he is circulating is filled with misstatements and untruths.”

Perez’s attorney said the complaint filed with the human rights commission would be amended to include the termination as evidence of discrimination. If retaliation is available under the local statute, I imagine that would also be added as a charge.

Before joining WPLG, Perez was a reporter and weekend anchor at WABC in New York and had been a reporter at KCAL in Los Angeles and WSVN in Miami.