Joe discusses how he came up with the name of his blog, what his workday is like, and how his blogging differs from others, including Towle’s. This part about Joe’s “accidental clout” was especially interesting. 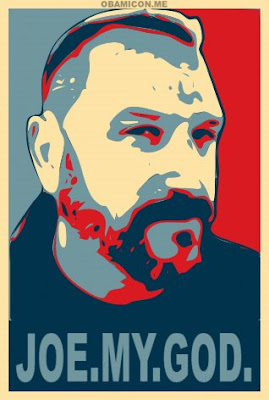 Rex: So, given that you sort of have become a gay public figure and a gay media outlet and a gay voice with clout, how do you deal with people who try to influence what you do or talk you into something that you don’t want to do?

Joe: I am very aware of being managed. And I’m aware when obviously lots of LGBT organizations and other groups want to get their message out and how they’ll try to massage me into being sympathetic either to their point of view or to feeling obligated to parrot their press release or their event or their rally or whatever, and I try to keep them at arm’s length, you know, both emotionally and not to overstep my position journalistically. There are a few groups that are rather notorious for trying to manage bloggers, to make sure that the message they want is the one that we put out. And that’s not to say that there aren’t a lot of good people doing good work and their message isn’t the right message. It usually is. But I’m also very leery of becoming their sock-puppet, and you learn by error. A few years ago, you might be flattered that someone from some major progressive or LGBT group might want to get you on the phone and ask for your opinion, and then a little bit wiser and later you realize that they were sweet-talking you into basically regurgitating to your readers exactly what they want them to read and believe. And so with bitter experience you start treating those sort of conversations with a jaundiced eye.