Is it News that McCain’s Campaign Manager is Gay? 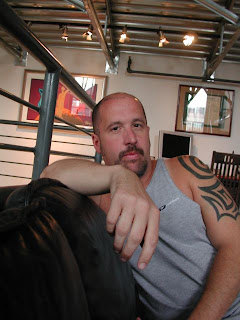 Sen. John McCain, after a campaign shake-up, has named his loyal former chief of staff–Mark Buse–to be his campaign manager.  Buse was famously “outed”–although arguably he was already “out” and his sexual orientation was not a secret–in 2008 by Michelangelo Signorile and Mike Rogers.

The question being asked, by the likes of Andy Towle and Joe Jervis, is why isn’t the mainstream media reporting this story, especially since McCain quickly reconfirmed his opposition to repealing Don’t Ask, Don’t Tell.

I concede it’s interesting that Buse works for McCain.  But I know a number of openly-gay people who work for conservative causes and politicians.  While it is interesting, that doesn’t make it newsworthy or “news.” It may be the subject of a great “think piece” or profile, but it still isn’t necessarily “news.”

Is Buse a hypocrite for working for McCain and is he being disloyal to the “tribe”? Is McCain a hypocrite for having a campaign manager he wouldn’t want in the military or to get married? That seems to be the argument by LGBT bloggers and activists.  But is perceived hypocrisy–alone–enough to hang a news story on?  Is it even hypocrisy?

It seems like there is nothing wrong with reporting he’s gay.  But then the question is, why is it necessary to point out he’s gay?  When the mainstream press reported on the new campaign staff, it didn’t mention the race or sexual orientation or religion or any other identifying characteristic of the staff, so it seems odd that Buse would be singled out for such reporting.  Campaign staff, by their nature, are largely anonymous people who focus their efforts on getting the candidate elected.

This seems to be one of those media issues which pits activists versus journalists.  Activists complain journalists are hiding something or refusing to report it and journalists complain that activists have a political motive that isn’t newsworthy.  So what is the story?