With closing arguments about to begin in the Prop 8 trial, an interesting letter to the editor tomorrow in the New York Times defending the defendants’ star witness, David Blankenhorn, from criticism by Frank Rich. His supporter: gay journalist and same-sex marriage supporter Jonathan Rauch who recently left the National Journal and is now at the Brookings Institute.

Frank Rich, for the third time since February, unfairly criticizes David Blankenhorn, president of the Institute for American Values and a witness in the trial over Proposition 8, California’s ban on same-sex marriage. The implication of these columns has been that Mr. Blankenhorn is antigay.

But Mr. Blankenhorn, with whom I’ve debated gay marriage for years, is the sort of decent, moderate opponent we could use more of. He favors civil unions for same-sex couples. He supports gay adoption. And he has publicly and repeatedly stood up for “the equal dignity of homosexual love.”

Those are not the words of an antigay bigot — and believe me, I’ve heard my share.

Mr. Blankenhorn’s desire to help gay couples while stopping short of marriage may be the wrong answer, as I believe. But it reflects the thinking of millions of centrist and unbigoted Americans who will ultimately determine the fate of gay rights and gay marriage. Treating those moderates as if they were haters only drives them away.

At issue is Rich’s recent column where he described Blankenhorn as: 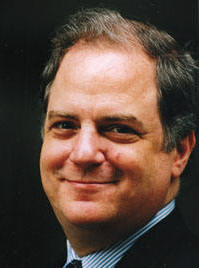 Their stated reason for opposing a television record was fear that their witnesses might be harassed. But in the end the Prop 8 defenders mustered only two witnesses, just one of them a controversial culture warrior. That “expert” was David Blankenhorn, president of the so-called Institute for American Values. Blankenhorn holds no degree in such seemingly relevant fields as psychology, psychiatry or sociology. But his pretrial research did include reading a specious treatise by George Rekers, the antigay evangelist now notorious for his recent 10-day European trip with a young male companion procured from Rentboy.com. And Blankenhorn’s testimony relies on the same sweeping generalization as Rekers — that children raised by two biological parents are so advantaged that all alternatives should be shunned.

What was the unqualified Blankenhorn doing at the Prop 8 trial? Like Rekers, who had a lucrative history of testifying for pay in legal cases attacking gay civil rights, he also profits from his propaganda. Public documents, including tax returns, reveal that Blankenhorn’s institute, financed by such right-wing stalwarts as the Bradley and Scaife foundations, paid him $247,500 in base salary in 2008, the most recent year for which data is available, and another $70,000 to his wife. Not a bad payday for a self-professed arbiter of American marital values who under oath described his sole peer-reviewed academic paper (from the University of Warwick) as “a study of two cabinetmakers’ unions in 19th-century Britain.” That the Prop 8 proponents employed him as their star witness suggests that no actual experts could be found (or rented) to match his disparagement of gay parents.

The battle between Rich and Blankenhorn in the NYT is not new. Rich connected Blankenhorn to George Rekers, of Rentboy fame, and Blankenhorn denied relying on Reker’s work. He then had to amend his defense in another letter acknowledging he had read Rekers’ work, but forgotten about it. At his blog, he said the NYT cut his letter which gave more context to his explanation.

So what to make of it all.  First, Rich is an opinion columnist and has a right to express his opinions. He can call someone a bigot if he wants, no matter how well supported that position may be.  He shouldn’t, however, be misrepresenting Blankenhorn’s position to fit a specific narrative.  Rich’s allegations in relation to Rekers are correct–to a point–but lacking in context, at least according to Rauch.

On a larger level, Blankenhorn is often described as anti-gay because he opposes same-sex marriage. Rauch would argue that’s a simplistic assessment that fails to capture his position. On the stand, Blankenhorn was not a ‘central casting” anti-gay bigot but instead a witness who appeared to have trouble explaining his nuanced position on why same-sex marriage was bad for marriage and kids, but who acknowledged support for gay rights and for the stigma and discrimination created by not allowing same-sex marriage.

What Rauch points out is that there are opponents of same-sex marriage who aren’t bigots or anti-gay.  Some may argue they are as rare as the black swan, but they do exist and journalists, columnists, and citizen journalists owe their readers and viewers a favor to not just dismiss everyone as an anti-gay bigot out of hand.

On the subject of same-sex marriage, I believe David is a man at war with himself. He has spoken publicly, in a forum of anti-SSM conservatives, of the equal dignity of homosexual love. Note the words dignity and love. This is not the language of liberal toleration of some hateful thing, like Nazis marching in Skokie; or of some filthy thing, like disgusting sex acts; or of some offensive thing, like burning a U.S. flag. They are not words of a grudging tolerance. They are words of affirmation, approval, and acceptance. When he says he believes we would be a more American America if we let gay couples marry, I think he is saying that he would be a better American if he could support it: truer to the country’s traditions of pluralism, liberty, and equality. Truer to his own American values.