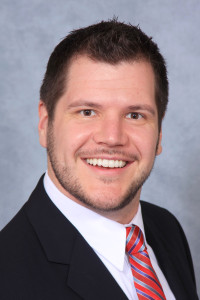 Washington, D.C. – Today the National Lesbian & Gay Journalists Association (NLGJA) announced that Adam K. Pawlus has assumed its top staff post and will oversee its efforts to ensure fair and accurate coverage of LGBT issues. As executive director, he will lead NLGJA’s flagship programs, including its annual convention, Breaking Barriers, August 21-24 in Chicago.

“We are thrilled to have Adam as our new executive director,” said Jen Christensen, NLGJA President.  “After an exhaustive search and after speaking with many wonderful potential candidates, the hiring committee found Adam had the perfect combination of experience and personality to help lead NLGJA into its next exciting chapter of growth and visibility. We know he is the right fit to ensure the future success of the organization.”

Prior to joining NLGJA, Pawlus served the Physicians for Social Responsibility as its Director of Operations and at the Voluntary Protections Programs Participants’ Association as the Deputy Executive Director after he was the Director of Communications & Outreach. Pawlus serves on the NARAL Pro-Choice Virginia Board of Directors and is an active member of many non-profit organizations in the DC area. He holds a Bachelor of Arts in Political Science and Speech Communications from the University of Illinois at Urbana-Champaign and a Master of Arts in Journalism and Mass Communications from the University of Georgia at Athens.

“I am honored to be joining NLGJA at such an exciting time – as we prepare to kick off our 25th Anniversary year,” Pawlus said. “I look forward to working with the national board of directors, dedicated staff, members, partners, funders and sponsors to bring NLGJA to the next level of growth, impact and visibility.”

Founded in 1990, NLGJA is the leading professional organization for LGBT journalists. Pawlus takes over from Michael Tune, who led the organization from 2009 to April 2014.

NLGJA is an organization of journalists, media professionals, educators and students working from within the news industry to foster fair and accurate coverage of LGBT issues. NLGJA opposes all forms of workplace bias and provides professional development to its members. For more information, visit the NLGJA website at www.nlgja.org.