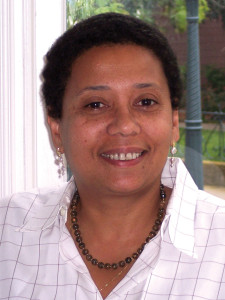 The National Lesbian & Gay Journalists Association extends its condolences to the family of Dori Maynard. We, as her friends and colleagues in the push for diversity and inclusion in journalism, share in the sadness and loss with her passing on Tuesday.

NLGJA salutes Dori Maynard’s leadership as president of The Maynard Institute for Journalism Education. She steered the institute through shifting currents in the industry and continued the fight against bias and prejudice in news media. Her work lives on.

Her father, Robert C. Maynard, and NLGJA’s founding father, Leroy Aarons, worked side by side. Maynard co-founded the institute with Aarons as a founding board member. After Maynard became owner of The Oakland Tribune, he tapped Aarons as features editor and later as a news executive.

It is with appreciation that we look back at such auspicious beginnings for the collaborations needed to battle bigotry in its various forms.

It is with admiration that we remember Dori Maynard and how she faced such challenges with an eye for innovation and depth in the institute’s training, education and engagement programs. All the while, she was dedicated to lifting up new voices in public discourse and equipping the marginalized to tell their own stories.