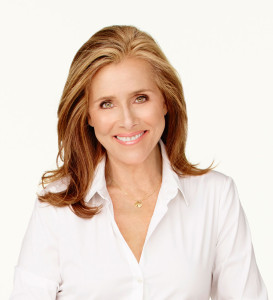 Each year, the star-studded event raises tens of thousands of dollars for the organization’s programs, including those that provide scholarships to aspiring LGBT journalists. More than 300 journalists, news executives, dignitaries and allies attend this event every year in what has become one of New York City’s must-attend media events.

“NLGJA is incredibly honored to have Meredith Vieira once again host our largest fundraiser on this the 25th anniversary of the organization,” said NLGJA President Jen Christensen. “Meredith has been a longtime friend to NLGJA and her work is the gold standard for how to fairly and accurately cover the LGBT community.”

Each year, the organization awards two national scholarships to undergraduate or graduate students who plan a career in journalism and who are committed to furthering NLGJA’s mission.

Meredith Vieira is the host and executive producer of the nationally syndicated daytime show “The Meredith Vieira Show,” which debuted last fall. The 14-time Emmy Award winner also has a premium YouTube channel, “LIVES with Meredith Vieira,” dedicated to exploring and championing real women of all ages. Vieira served as co-anchor of NBC’s “Today” show from 2006-2011 and hosted the nationally syndicated game show “Who Wants to Be a Millionaire” for 11 seasons from 2002-2013. Prior to that, Vieira served as moderator of ABC’s “The View.”

NLGJA is an organization of journalists, media professionals, educators and students working from within the news industry to foster fair and accurate coverage of LGBT issues. NLGJA opposes all forms of workplace bias and provides professional development to its members. For more information on the National Lesbian & Gay Journalists Association, visit the organization’s website at https://www.nlgja.org.