Fighting for Equality Within: How Government Officials are Advancing LGBT Rights 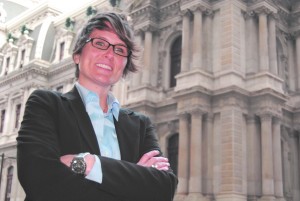 Helen “Nellie” Fitzpatrick has served for over six years as an Assistant District Attorney for the City of Philadelphia. Nellie spent the majority of her career as a prosecutor in the Family Violence and Sexual Assault Unit, prosecuting domestic violence, sexual assault, and child abuse cases. Most recently, Nellie served the citizens of Southwest Philadelphia as a prosecutor in the Southwest Bureau, where her cases included armed robbery and weapons offenses.

For the past three years, Nellie has proudly served as the LGBT Liaison to the District Attorney’s Office. She has worked closely with the Philadelphia Police Department to strengthen ties between police and the LGBT community by fostering mutual respect and understanding. Along with Deputy Commissioner Kevin Bethel, Nellie was instrumental in the development of Directive 152, which provides guidelines for appropriate police interactions with trans* individuals, including in media accounts. This Directive is one of only a few of its kind across the nation and represents a significant step forward in the relationship between the police department and the trans* community.