Reflections on The Indianapolis Star 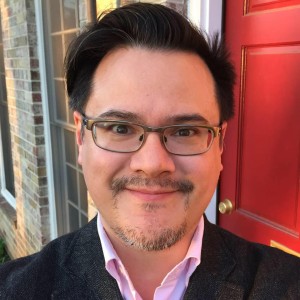 The day I walked into The Indianapolis Star 12 summers ago to begin an internship on the copy desk, I had no idea whether the newsroom was a welcome place for openly gay journalists.

I soon found out.

One of my tasks was proofing pages before publication, and one day a few weeks into the internship, I found one from the famously conservative editorial page. This was just after the U.S. Supreme Court, in Lawrence v. Texas, effectively struck down so-called “sodomy laws,” which essentially made intimacy between same-sex partners a crime in their own bedrooms.

A columnist wrote an opinion piece full of thoroughly discredited “research” about the sexual practices of lesbian, gay, bisexual and transgender people. I was outraged. Publication would have sent a signal to LGBT employees, myself included, that we were not valued or respected.

Its only purpose was to demean LGBT people after the court affirmed that their love was not a crime, and I felt it had no place in the newspaper.

Would the newspaper’s managers agree? Retail or grad school beckoned in case they didn’t. Fortunately, I didn’t have to make alternate plans. The column was never published. The columnist left the paper and sued, claiming religious discrimination, but she ultimately lost.

Only weeks before the Supreme Court will hear a case that could bring marriage equality to all 50 states, the same newspaper confronted Indiana’s Religious Freedom Restoration Act.

In the days after Gov. Mike Pence signed the law, it created a firestorm. The reputation of Indianapolis and the state took a beating right before it was to host the NCAA’s Final Four.

The Star did an outstanding job covering the story, and didn’t stop there. It took a boldface stand on the law with a rare front-page editorial with an all-caps headline: “FIX THIS NOW.”

The newspaper’s editorial board, joining numerous CEOs of Indiana-based companies, the NCAA, the Republican mayor of Indianapolis and others, demanded that legislators modify the law to ensure it did not permit discrimination against LGBT individuals and couples because of a business owner’s religious beliefs.

At NLGJA, we do not advocate for or against specific laws or policies; there are many LGBT groups dedicated to that purpose.

Rather, our mission is to inform and improve coverage of LGBT issues in mainstream media and to ensure that LGBT employees of news organizations feel welcome in their newsrooms and that their perspectives are valued.

I’m happy to report that the first newspaper where I worked is still that kind of place.

Years later, the Star proved once again that it understood the significance of an issue to its LGBT employees and readers, and to the economic prosperity and civic pride of the city and state it serves. I’m proud to have worked there, and I’m proud to have called Indiana home.

Curtis Tate is president of NLGJA-DC. He writes about transportation and infrastructure, California and other issues for McClatchy Newspapers.