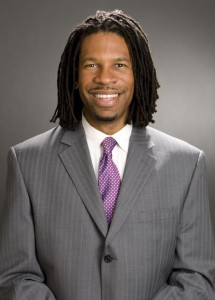 The National Lesbian & Gay Journalists Association would like to congratulate LZ Granderson on his expanded role as a contributor for ABC News. He continues as a senior writer at ESPN where he has worked since 2005.

LZ, a Lifetime Member of NLGJA, is a leading pubic voice on LGBT issues. He was named our organization’s Journalist of the Year in 2011 for his work on CNN and ESPN. LZ has been a mentor to emerging journalists and he’s been a consistent advocate of diversity in journalism through his work with NLGJA and the National Association of Black Journalists.

Previously, LZ was a CNN contributor and worked at The Atlanta Journal-Constitution, The Kalamazoo Gazette, The South Bend Tribune and The Grand Rapids Press.

It’s great that he will share his views with an expanded audience at ESPN and ABC News and NLGJA wishes him much success.