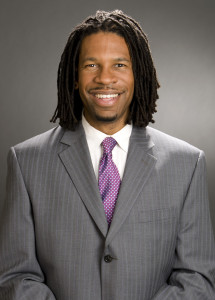 LZ Granderson is considered the nation’s most visible openly gay sports journalist and has been out his entire professional career while working exclusively within mainstream media. He is currently a sports and culture columnist for the Los Angeles Times. Granderson was previously was an ESPN senior writer for The Undefeated and regular contributor to SportsNation, Around the Horn and Outside the Lines, while also a tennis analyst and reporter at Wimbledon and the US Open. He has worked as a regular ABC News contributor to GMA, This Week and Nightline, in addition to co-hosting ABC News’ first digital show, Strait Talk, and co-anchoring ABC News digital coverage of the RNC and DNC. Prior to joining ABC, his unique observations on the intersections of athletics, race, identity, culture, LGBTQ issues and politics made him a popular CNN columnist and contributor to Erin Burnett OutFront, Newsroom with Don Lemon and Anderson Cooper 360. He has also served as a reporter for such publications as The Atlanta Journal Constitution, The South Bend Tribune and The Grand Rapids Press. Outside of newsrooms, Granderson has previously served as an adjunct professor at Northwestern University and a Resident Fellow at the University of Chicago’s Institute of Politics. In 2012, Granderson was named NLGJA’s Journalist of the Year and he was a 2016 inductee into the NLGJA LGBTQ Journalists Hall of Fame.