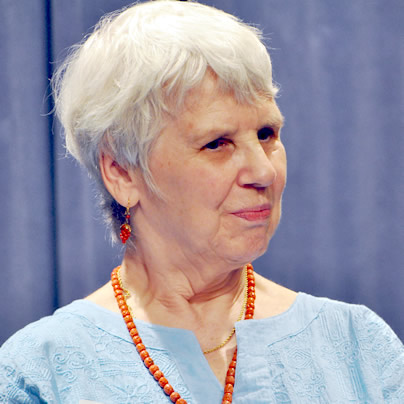 Lilli Vincenz is a path-breaking journalist and pioneer of the gay rights movement beginning in the early 1960s. Born in 1937 in Germany, she lived there throughout World War II before coming to the U.S. with her family at the age of twelve. She joined the Mattachine Society of Washington in 1962 as one of their first lesbian members and served as editor of their monthly magazine, The Homosexual Citizen. She filmed the 1968 Annual Reminder in Philadelphia and the first Christopher Street Liberation Day march in 1970. Her films contributed to a priceless visual archive of the gay rights movement and were donated to the Library of Congress in 2013 along with documents, photographs and memorabilia covering 50 years of America’s LGBTQ civil rights movement.

Vincenz wrote a bi-weekly column for the New York-based GAY magazine and was a frequent contributor to other community publications. In 1969 in Washington D.C., she co-founded The Gay Blade, an independent gay newspaper, later renamed The Washington Blade. In 1966, Vincenz became the first woman, with her face recognizable, to appear on the cover of The Ladder, a lesbian magazine. She currently lives in Arlington, Virginia.