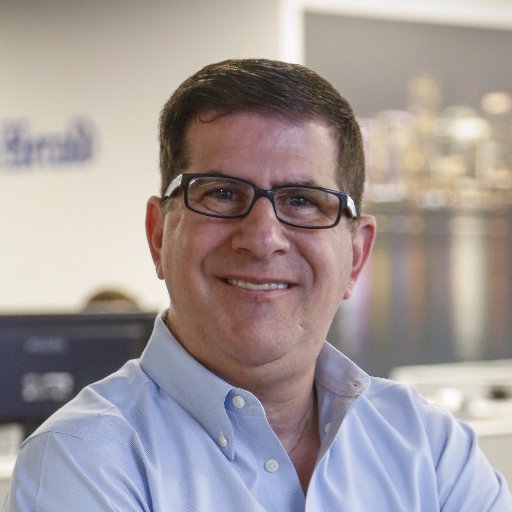 Steve Rothaus worked at the Miami Herald for over 30 years, covering LGBTQ issues for two decades. During his time there, he was part of news teams awarded the Pulitzer Prize for Public Service and the Pulitzer Prize for Breaking News Reporting. In 2014, he co-produced the Emmy Award-winning documentary “The Day It Snowed in Miami: A Chronology of the LGBT-Rights Movement.”

Throughout his celebrated career, he also has been recognized for his body of work by GLAAD, Equality Florida, PRSA, SAVE LGBTQ, the National LGBTQ Task Force, and inducted into the Miami Dade College Hall of Fame, among other honors. In April 2016, the Columbia Journalism Review published, “How the Miami Herald’s Steve Rothaus became an LGBT Pioneer in Mainstream Journalism.”

Rothaus served for five years as a national board member of NLGJA. He founded NLGJA’s Newsroom Outreach Project and traveled the country visiting newspapers, television stations and universities to discuss LGBTQ news coverage and workplace issues. He lives in Miami with his husband, Ric Katz.