NLGJA: The Association of LGBTQ Journalists Mourns the Passing of Monica Roberts

NLGJA: The Association of LGBTQ Journalists is deeply saddened to hear of the passing of national board director Monica Roberts.

“The passing of Monica Roberts is a tremendous loss,” said former NLGJA: The Association of LGBTQ Journalists Vice President of Print Ina Fried. “Monica has been a tireless voice for the trans community, in particular the Black trans community. Countless stories, otherwise untold, were heard because of her strong, unwavering voice.

“She opened so many eyes — including my own — not just to the harsh realities faced by so many in the Black and brown trans community, but also to the richness of their beautiful and courageous lives. Monica also pushed the media, LGBTQ media and mainstream journalists alike, encouraging all of us to do better.

“One of my fondest memories of Monica is from the 2018 NLGJA: The Association of LGBTQ Journalists convention when we were doing one of our perennial ‘Trans 101’ panels. Monica was in the audience, both to hear what we had to say and to hold us to account. A few minutes into the panel, we invited her to join the panel because, frankly, we couldn’t do the topic justice without her insight and wisdom.

“Now, sadly, we do have to carry on without her. That means we all have a duty to take on a piece of the work that she managed to tackle single-handedly. We have to make sure that more of the trans community’s stories are told. Trans people of color led the struggle for our liberation, something Monica was always quick to remind us, and they are on the frontlines today. These aren’t always easy stories to tell. Too many Black and brown trans people face violence at the hands of partners, strangers and police. Already in 2020 we have lost a record number of trans people, predominantly trans women of color, to violence. We owe it to them and we owe it to Monica to make sure their stories are told fairly and accurately.”

Roberts was the founding editor of the blog TransGriot. The Houston native was an award winning advocate and voice on trans rights issues for over 20 years. In addition to being honored with the 2018 GLAAD Media Award for Outstanding Blog, she became the first trans person to receive the Robert Coles Call of Service Award in 2016. She also received the Barbara Jordan Breaking Barriers Award from the Harris County Democratic Party and the Susan Hyde Award for Longevity in the Movement from the National LGBTQ Task Force.

“Monica was a force in our industry, and she gave me great insight and support,” said NLGJA: The Association of LGBTQ Journalists President Sharif Durhams. “I was excited to appoint her to our Board of Directors last month because of the additional contributions I was sure she would make to our organization and our industry. We will miss her.”

Her spirit lives on in the journalists she mentored and inspired. 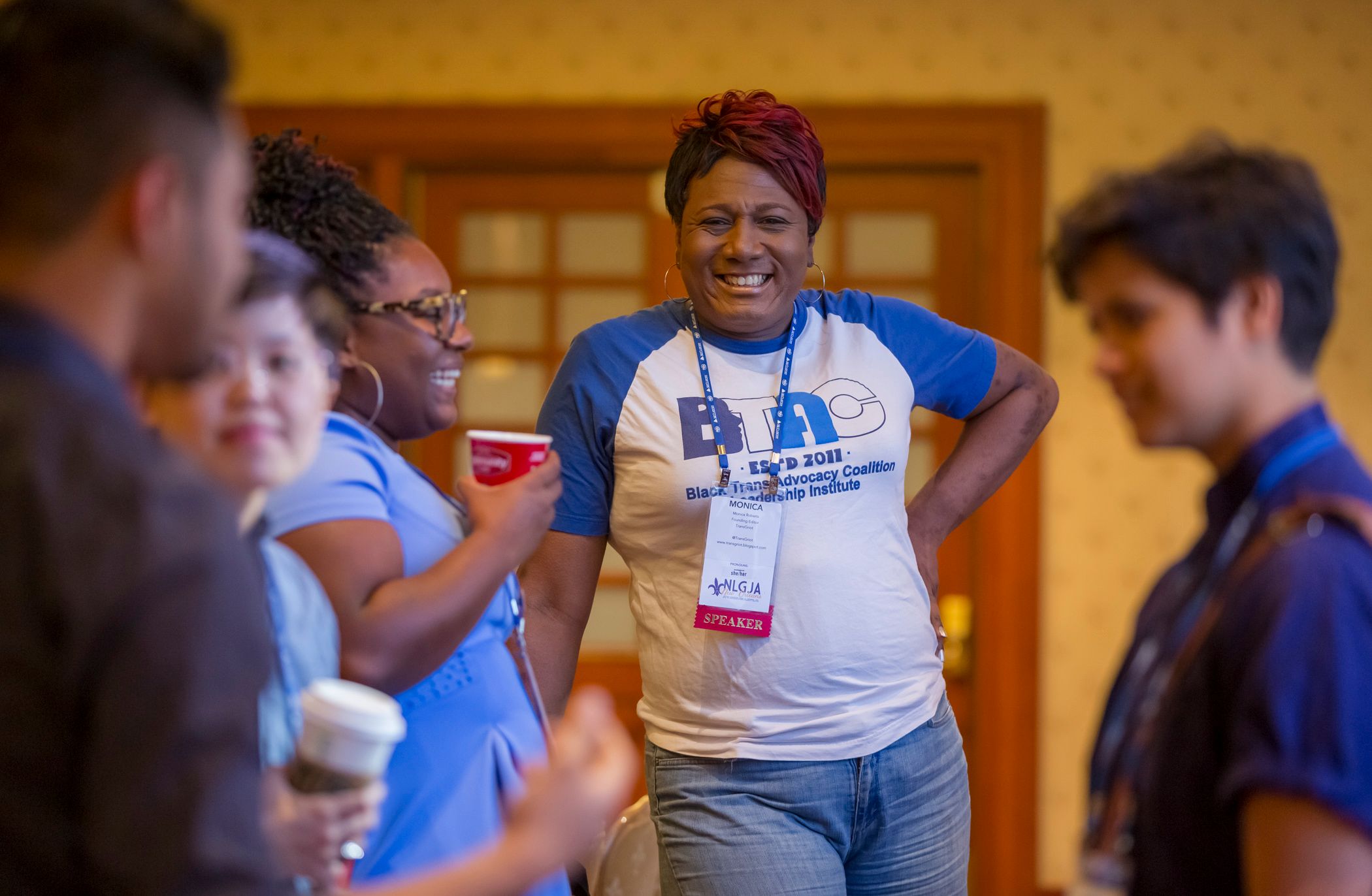