Is calling someone “gay” defamation? Not according to a big legal victory–but some confusing journalism–involving author Rita Cosby and Anna Nicole Smith’s former business and romantic partner Howard K. Stern. A federal judge in New York ruled that Cosby’s assertion that Stern was gay was not “defamation per se,” but that the underlying allegations involving sex and a sex tape could be the basis of a defamation claim. 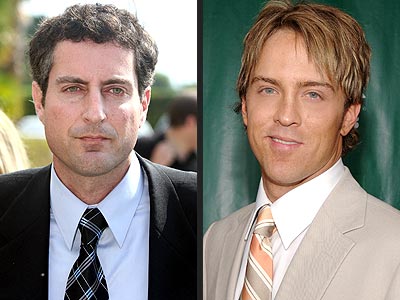 Judge Denny Chin of the U.S. District Court for the Southern District of New York ruled a “veritable sea change in attitudes about homosexuality” and a “‘current of contemporary public opinion’ does not support the notion that New Yorkers view gays and lesbians as shameful or odious.” Chin’s decision conflicts with other ruilngs in New York on the question, which raises the possibility the larger legal issue could find its way to New York’s highest court.

In the ruling, the court cited an amicus curiae–friend of the court–brief filed by Lambda Legal supporting the position that calling someone gay is not “publicly shameful and odious.”

The reporting on the story has been confusing, at best.  Reuters started the confusion by stating:

A companion of late Playboy model Anna Nicole Smith can sue an author for defamation but not over gay sex claims because homosexuality is no longer viewed as contemptible, a U.S. judge said on Wednesday.

The ruling actually says just the opposite. The gay sex claims can be the basis of a defamation claim in terms of having a defamatory intent. In other words, saying someone was in a sex tape with a man can be viewed as defamatory depending on the intent and the truth. That’s an  issue the judge sent to a jury. The story is correct in saying “homosexuality is no longer viewed as contemptible” and therefore the mere assertion someone is gay can’t be the basis of a claim, without something more.

Unfortunately, the Advocate appears to have used the Reuters story as its main source and repeats the confusion.

The confusion–and to be fair, it is a legal nuance that’s hard to explain–is handled better at Towleroad where Andy has focused on the “being called gay” part of the claim.  The New York Daily News doesn’t bother with the gay defamation angle, focusing only on the sex tape. The Associated Press apparently took the same approach, skipping over the big legal news.