Mazels of the Week

Okay, I totally stole that from Bravo’s Andy Cohen, but he’s a generous guy so he probably won’t mind.

1. Congratulations to Bil Browning (The Bilerico Project), Joe Jervis (Joe.My.God.), Pam Spaulding (Pam’s House Blend) and Andy Towle (Towleroad) for winning the New York City Anti-Violence Project’s Courage Awards “in recognition of the impact of LGBTQH weblogs have made in the fight for civil rights and against violence in our communities.”  Anyone who reads those blogs knows what a big role the LGBT citizen journalists have played in exposing the issue of hate crimes worldwide against LGBT citizens. 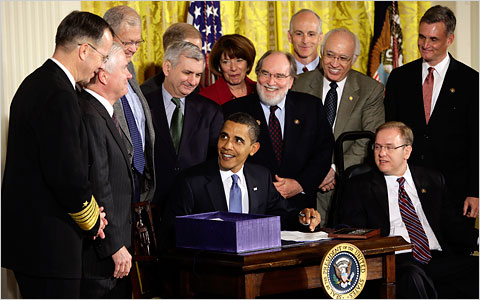 2. A “hats off” to Advocate.com, for live-streaming White House bill-signing ceremonies this week, as well as live-streaming the speech President Obama gave at the reception celebrating the hate crimes bill.  Showing these events live is evidence of on-line journalism at its best, yet essentially so simple.  A great service to readers and citizens.