Get Your Tickets to See Jeffrey Toobin Honored at Dateline:DC 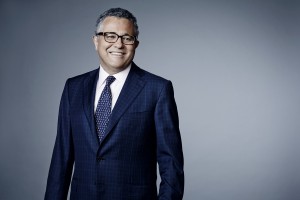 NLGJA – The association of LGBT Journalists – is proud to honor Jeffrey Toobin, a senior legal analyst for CNN and staff writer at The New Yorker, with the 2015 NLGJA Randy Shilts Award for LGBT Coverage on November 19 in Washington.

Toobin is being recognized for his outstanding coverage of major legal cases affecting the LGBT community, including marriage for same-sex couples and the military’s “Don’t Ask, Don’t Tell” policy. Toobin is often called on to dissect complex legal arguments and explain the decisions of the U.S. Supreme Court and the federal government. Through sharp analysis and keen insight, Toobin has used his platform to educate viewers about the legal rationale for fair and equal treatment of LGBT Americans and, in doing so, has helped create the political landscape that allowed recent LGBT court victories to be widely understood by the American public.

In addition to his work on CNN, Toobin has written at length about LGBT legal issues as a staff writer for The New Yorker. He is also the best-selling author of several books, including “The Oath: The Obama White House and the Supreme Court” and “The Nine: Inside the Secret World of the Supreme Court.”

The NLGJA Randy Shilts Award for LGBT Coverage is an award designed to honor journalists who consistently bring stories of the lesbian, gay, bisexual and transgender community to life in mainstream media outlets. The award honors individual journalists and news organizations who go the extra mile to ensure that all Americans are aware of the diversity within the LGBT community, as well as the unique struggles lesbians, gays, bisexuals, and transgender people face in the United States and around the world.

The award is named in memory of Randy Shilts, a member of the NLGJA Hall of Fame, who is widely credited with being the first reporter to cover the “gay beat” for a major metropolitan newspaper. His writing in the San Francisco Chronicle brought the stories of gays and lesbians – whether they were living with AIDS or serving in the military – to the attention of millions of Americans. Before his death in 1994, Shilts authored three best-selling books, including the groundbreaking “And the Band Played On,” cataloguing the rise of the AIDS epidemic in the United States.