On Nov. 19, we invite you to join NLGJA at the fourth annual Dateline:DC event, as we honor legal analyst Jeffrey Toobin with the Randy Shilts Award for LGBT Coverage. A well-regarded author, senior legal analyst for CNN and staff writer for The New Yorker, Toobin has long covered issues affecting sexual and gender minorities. From the Supreme Court’s same-sex marriage cases to “religious liberty” laws and a county clerk’s refusal to issue marriage licenses to same-sex couples, Toobin gives insightful analysis of legal questions and rulings that affect the daily lives of LGBT individuals.

Established in 2012, the NLGJA Randy Shilts Award honors journalists who consistently bring stories of the LGBT community to life in mainstream media outlets. The award is named in memory of Randy Shilts, a member of the NLGJA Hall of Fame, who is widely credited with being the first reporter to cover the “gay beat” for a major metropolitan newspaper. His writing in the San Francisco Chronicle brought the stories of gays and lesbians – whether they were living with AIDS or serving in the military – to the attention of millions of Americans. Before his death in 1994, Shilts authored three best-selling books, including the groundbreaking “And the Band Played On,” cataloging the rise of the AIDS epidemic in the U.S.

We hope you will join us on Nov. 19 to honor Jeffrey Toobin, and for a great night of socializing and networking with fellow journalists and supporters. 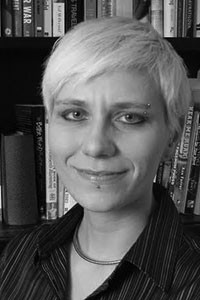 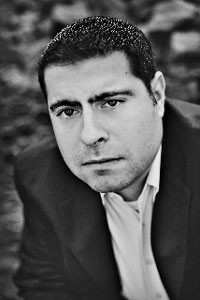