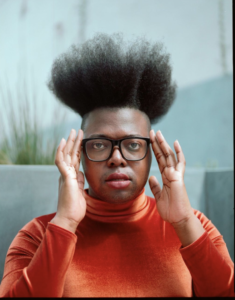 Anderson began their journalism career at the Los Angeles Times, where they covered diversity in Hollywood with a focus on Black and queer film. Since then, they have used their platform to center marginalized voices through a pop culture lens. In 2020, Anderson was named in The Root’s list of the 100 most influential African Americans. They have also been recognized as one of Empowerment Congress’s “40 under 40,” and received the “Passing the Torch Award” from Better Brothers Los Angeles. They are the immediate past president of the National Association of Black Journalists of Los Angeles, co-chair of NABJ’S LGBTQ Task Force and the organization’s Region IV Director.